Hello out there! I know it’s been a while, but life has been all kinds of crazy/busy lately. To get you up to speed on what I’ve been up to, this past weekend, the ladies over at Radio Redmond Amsterdam hosted an event to promote “radical body love” and invited me along to host a workshop on the media. This is what I had to say:

The character of Olanna, played by Thandie Newton in the film Half of a Yellow Sun arguably fulfills a neo-colonial fantasy of a heroine. In the book upon which the film is based (by Chimamanda Ngozi Adichie) the character is described as being physically the colour of “rain-drenched earth” and “fleshy” in build. Newton by contrast is light-skinned and slender. The reaction to this from the Igbo community in Nigeria was not positive as many felt the only way to portray their history would be to use actors with Igbo roots. Especially, the character of Olanna should at least look West African. The argument for casting Newton rather than someone who better fit the description laid out by Adichie, could have been her star-power or talent. However, we can’t ignore the presence of Western beauty standards when another major aspect of Olanna’s physical characterisation is her attractiveness. Additionally, we should consider the European / North American fixation with the tragic mulatto character in films as discussed in the documentary: Hula Girl, as well as by cultural critic Donald Bogle. Olanna after all is the book’s tragic character and she is brought to life in a so-called “relatable” manner through a light-skinned actress.

It isn’t enough however to discuss the casting of Newton as Olanna through a purely aesthetic paradigm by focusing on what it tells us about beauty standards; we should also seek to utilise a geographical and decolonial perspective in order to understand how her casting impacts upon body image(s). Half of a Yellow Sun itself is a dramatisation of the national tensions suffered throughout Nigeria, which lead to a civil war and the declaration of a separate Biafran state in the late 1960s. Arguably, this conflict was at least in part caused in the aftermath of imperialism and continued political interference by the British. They also further encouraged General Gowon’s violent campaign to re-unify the country (which had been created by the British in the first place to suit their own interests); the campaign left over a million civilians dead or displaced.

The legacy of the civil war can be felt in the socio-political tensions present across Nigeria today, which is why we cannot ignore the historical role of colonialism. This has an impact upon who can be the hero or victim of the fictional or fact-based stories within society as well as how we see ourselves as stakeholders.

bell hooks recently implied when discussing Beyonce’s TIME magazine cover that to willingly promote white supremacy ideals through imagery / rhetoric is to be a slave to Western society. hooks even went as far as to say that Beyonce is in part “a terrorist” for the way she presents herself visually. While hooks’ comments may seem harsh and extreme, her perspective should also be seen within the deconstructionist perspective that she herself advocates. While Beyonce may epitomise the “body loving woman of colour” in songs such as Bootylicious and Flawless, she (alongside Nicki Minaj and Jennifer Lopez) also fulfils a rather paradoxical role. 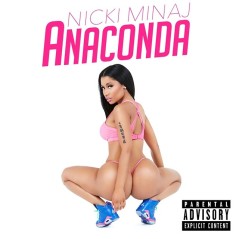 On one hand these ladies can be seen promoting exoticised, animalistic and hypersexual characteristics reserved for non-white individuals and long been used by white societies to demonise and abuse men and women of colour respectively. # On the other, throughout Beyonce’s career – in addition to her use of the hypersexual black female trope – we have witnessed her adherence to Eurocentric beauty standards, most notably the use of long, flowing, straight, blonde weaves and wigs as seen on the cover of TIME. Let’s also not set aside her endorsement of the white capitalist social structures that oppress so many around the world, through her personal lifestyle, music, videos and image-based self-promotion. Her continued popularity while caught between these two paradigms reveals the tantalising and yet racist allurement of an individual caught between two racialised worlds.

This allurement and fascination with blackness (at the same time as dehumanising black people) has for a long time lead to various modes of imitation throughout the 19th, 20th and early 21st centuries. Take for example Miley Cyrus and Lily Allen (currently touring together) who both courted controversy recently with their interpretations of so-called “ratchet” culture and “twerk” dance performances. There seemed to be an almost undeniable appeal for the two pop stars to dress up in “ghetto” garb and dance like “black chicks” while surrounded by black women, in order to re-launch their slouching careers. They have tried to argue their performances are feminist and represent their true selves. This may be true. Regardless, it’s beyond tasteless to use other human beings as props for one’s own financial gain, especially when said props become over-simplified and dehumamised in the process, and thus prone to mistreatment. # Highlighting this argument, is the Australian rapper Iggy Azalea, who has – due to her chart success – been accepted as the poster-girl for HipHop music, thus overshadowing her exploitation of a culture in order to become a bonafide star.

In short, pseudo-blackness reveals white privilege, which brings us back to Thandie Newton and Beyonce.

The casting of Newton as Olanna and Beyonce’s overall conflicting image, could both be deemed harmless were it not for the endless skin whitening campaigns, often by North American and European companies and aimed to West African and South East Asian markets, which advertise themselves as “corrective”.  Kola Boof described the phenomena in her novel The Sexy Part of the Bible by having a mob of skin whitening pill addicts hack a dark-skinned black activist to death. Toni Morrison – whom Boof is greatly inspired by – would simply say that this mob and other self-loathing individuals who help to sustain white supremacist ideals, are “reproducing the enemy who has humiliated them over and over.”

These examples illustrate that when we choose images which support or promote oppressive narratives, we re-enslave ourselves as well as others because the images are little more than the legacy of a certain history, carrying with them power to do harm. If blackness is undervalued, undesirable and de-humanised, why would anyone want to be associated with it? Thus, what we view in the media can have an impact on our body image and influence how we want to look, what we want to look at, what we should find desirable, what bodies we should love, etc.. When we begin to put this kind of value on certain bodies, rather than others, we go far beyond mere self-esteem. We begin a conversation about survival.