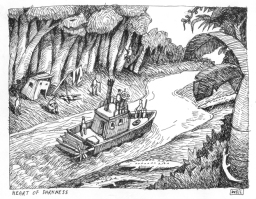 Someone pointed me to a trailer of a play called Hinterlands – Heart of Lightness. The play, recently staged at the Homerostheater in The Hague is a translated version of a play originally performed in Dutch: “Achterlanden” by Dutch playwright Ko van den Bosch. In short, it’s about a white expat couple in the Congo who struggle to keep their marriage going. Together – so the description tells us – they debate “the situation in Africa” as they face “the jungle and the savages”. At some point the couple finds a wounded “native” on their driveway. They contemplate running him over with their car to end his misery and/or ensure he’s dead but in the end the wife decides to take the man in; over time he shows her how to start experiencing “real life” again.

Upon seeing the trailer and reading various advertisements and reviews of the Dutch version of the play, I was shocked by many things. First of all, the ‘native’ on the driveway is played by a white actor in blackface. Theaters performing blackface-plays? Hmmm – what era of show business does that remind us of? Was there really not a single available and able black actor in the Netherlands to play the part? One can only assume nobody cared to inquire. On the one hand, I was not suprised to see the blackface given the peculiar racist figure of Black Peter (Zwarte Piet) as the blackface part of the Dutch tradition of Sinterklaas. On the other hand it was shocking that this is still going on in 2013 and that few people, among them the critics (see below) seem to have been bothered by it.

Secondly, the trailer (as well as advertisements and reviews – more on these later), perpetuates many racist stereotypes of ‘Africa’ and black people. For one, there is the obvious conjuring of the image of ‘Africa as a country’.  Although the play is set in the Congo, not all commentators of the play seem to take the time to tell this one country apart from the rest of the continent. Reviews and advertisements mostly refer to Africa which to many is all the same anyway: made up of wild beasts, dry black earth and ignorant savages apparently dying of gunshot wounds on ones driveway. These savages also apparently need to be helped by white expat families who are in a position of power to choose whether to run black people over with their cars (oh how benevolent!) or take them in.

The play also exemplifies an obvious sexual tension with racist overtones, (as seen in the Spike Lee film Jungle Fever) that builds on yet another age-old stereotype of the black man who threatens the integrity of both white woman and white man. The white woman needs to be protected from the black man but falls for his ‘rawness’, his ‘exoticism’ and the thrill of doing something ‘wrong’, i.e. letting him in. The white man is threatened by black male sexuality as he is himself unable to please his wife in a marriage that’s obviously on the rocks. Both, also, seem to fear black people in general. The woman says (as shown in the trailer) how “the door is always locked”. The official advertisement, as well as the reviews, state that the man leaves for work every day “in his Enhanced Safety Mercedes-Benz”.

The advertisements and reviews I have been able to find are as disturbing as the play itself. Reviewers seem to be effected merely by decor sets and acting performances. The blackface is never mentioned. Instead, advertisements and reviews engage in the same racist discourse which is employed in the play itself. Again, there is constant talk of “Africa” (this is as specific as it gets) and one reviewer refers to black people as “negers” (Dutch for negroes and yes, it’s as offensive!) and “wilden” (savages), arguably because the play uses these terms, but this is no excuse. If that’s not enough, the reviewer explains the plot by writing: “with some carnavalesque spirituality and magical hocus-pocus, the down-to-earth negro then manages to reignite the power in the woman to start experiencing real life again”. Of course, the savage spirituality and hocus-pocus of black Africans is something carnavalesque. This looks and sounds like minstrelsy to me. 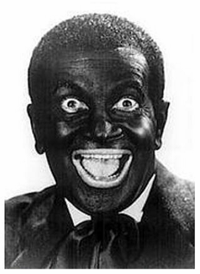 In Achterlanden, i.e. the Dutch version, actor Rory De Groot is in blackface, although ‘only’ around the eyes. The apparent lack of shoe polish is however more than made up for given what appears to be some sort of accent that white Dutch people tend to associate with black Surinamese-Dutch people. Theater critic Vincent Kouters, in the Dutch newspaper De Volkskrant (02/22/2009), uses the word “neger” in his review of Achterlanden, although this time in quotation marks throughout his text. However, this does not make things any better, especially when he describes De Groot as “an impressive negro who sings and roars like an agressive bluesrocker”. Again: there’s no mention of the problematic nature of an actor in blackface and/or performing a black stereotypical bluesrocker. Instead of offering a “brilliant” performance, De Groot’s impersonation of a blues singer, while dancing around – literally – like a monkey is simply a travesty of blackface and coonery, conjuring the image of King Louis from The Jungle Book.

Another reviewer of the Dutch version, Thomas van Ek, uses similar imagery through langauge as he speaks of “passievolle inboorlingen” (passionate natives). He also describes the core of the play as “the cold West versus the hot ‘Soul’ of the exotic”, as it is apparently derived from Joseph Conrad’s book “Heart of Darkness” (1899). This problematic book (written soon after the partitioning of the African continent by European powers in 1878),  contrasts white civilisation with the dark and mysterious Congo. To the reviewer, the message of Conrad’s book is “brilliantly put across” instead of potentially worrying. That the latter might actually be the case becomes clear from the old and deeply ingrained stereotypes and non-existent dichotomies that are perpetuated in both the old book as the new play: the light and cold West versus the dark and hot Africa; the normal and boring whiteness versus the exotic and ‘soulful’ blackness; white civilisation versus black barbarism. 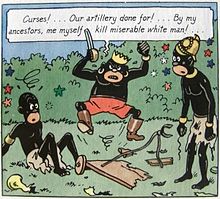 In short, the play looks awfully disturbing and seems to fit into a pattern of Dutch people believing they are beyond racism. After all, no attempt can be found in which any of the play’s problematic elements are critically discussed. One is occasionally made to assume (as claimed by reviewer Van Ek) that it’s some sort of “critical commentary on the mental state of the West in general and the Netherlands in particular”, but this is nowhere explained and, frankly, sounds like nonsense. If it is indeed a critique of the West and how Westerners look at “Africa”, it fails on many levels, if only because it’s done while perpetuating age-old stereotypes. This is a shame since it allows actors, theater groups and playrights to hide behind excuses of ‘artistic freedom’ to ‘critique society’ in the name of art.

Personally, I wonder what could possibly have posessed anyone to write and perform such a play. Whether it’s meant ironically or not, I doubt any answer will ever make this okay. Theater companies (much like the fashion and skincare industries) should be more aware and critical and should put a stop to the persistent stereotyping of people of colour. If this is indeed a play of sarcasm and irony, I’m not convinced. Either way, such topics should be handled with a lot more care.

Toon Kerkhoff is a lecturer of Public Administration at the Universiteit Leiden in the Netherlands, as well as an active campaigner in the Anti-Golliwog and anti-Zwarte Piet movements. He is a contributor and resident “Invisible Groom” to Rants and Raves’ sister blog, Invisible Bride.

One thought on “Guest Piece: Blackface Takes to the Stage in The Hague” 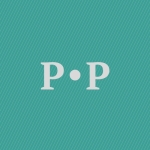 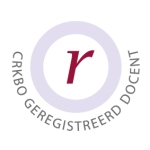